Well, the photobook arrived earlier this week, all pristine, clean cut, glossy and smelling like a new book should. Inside, the images and text are bright and clear. Overall, it’s everything I hoped for, and certainly looks great on my bookshelf. I’m convinced that this is a viable media for making mementos more accessible and enjoyable. 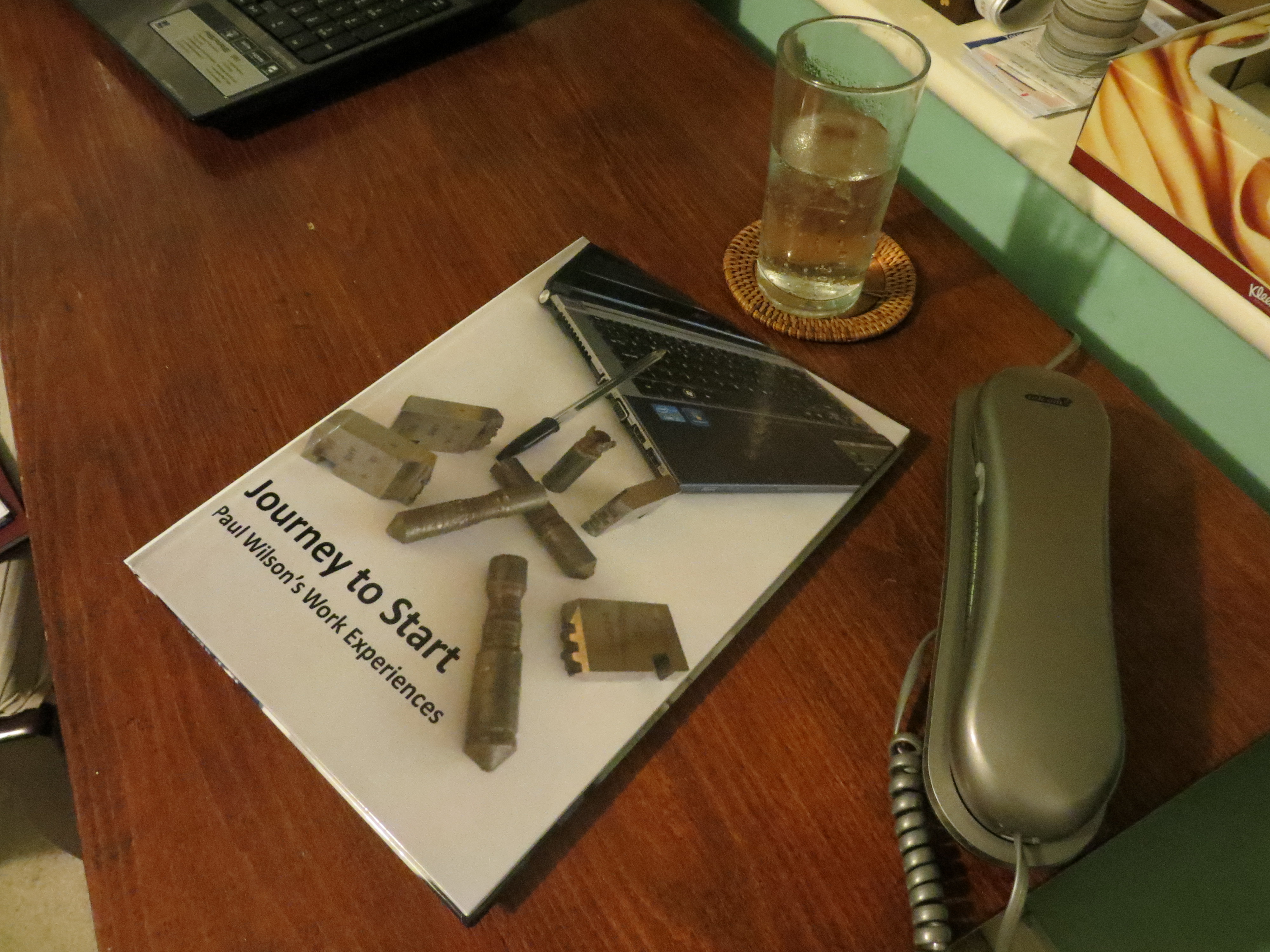 Having said that, a detailed look at the book highlighted a few points to remember for the future:

Regarding the second of my objectives – to try and understand what to do with the physical objects that are represented in the photobook – I have gained some clear insights. The answer in brief is one of the following: destroy, re-use, display, store, or make no change. The display option emerged, at least in part, from a TV interview with Aggie MacKenzie in connection with her series on storage hoarders. One of the things she said is that you should pick out a few photos that you like and put them on the wall and enjoy them; and throw the rest away. I think the concept is ideally suited to mementos in general, though slightly modified: pick out the things that are especially valuable to you and find a way to make those physical things accessible so you can enjoy them; digitise the other material that you value and find a way to make them accessible (for example, in a photobook); then throw away all the rest. Below is a list of the items I used in my photobook and what I ended up doing with them.

It was hard throwing away some of the things, particularly the retirement and leaving cards (some of which were over thirty years old), even though I know I’ll look at their contents in the photobook much more now than I would have before.  Somehow there’s something about throwing away an original thing (I can imagine having the same pangs about deleting a special set of electronic files). I guess different people have different thresholds – but whatever your threshold is, based on my experience, there’s a little pang of regret when they go.