As reported in the Preservation Planning Journey in this Blog, my document collection has just been exported from the Document Management System (DMS) that it has been in for the last 22 years, and now resides in some 16,000 Windows folders. I feel a strong sense of relief that I will no longer have to nurture two complicated systems – the DMS and its underlying SQL database – in order to access the documents.

Over the years I have had to take special measures to ensure the survival of the collection through 5 changes of hardware, one laptop theft and a major system crash. This included:

That’s not to say that DMSs are not worth using – they have characteristics which are essential for high usage, multi-user, systems in which regulatory and legal requirements must be met. However, such constraints don’t apply to the individual. The stark conclusion has to be that, for a Personal Information System, using a DMS was serious overkill.

I guess I’d already come to that conclusion back in 2012 when I set up a filing system for my non-work files using an Excel index and a single Windows Folder for all the documents. That has worked pretty well, however it’s slightly different from the way the newly converted work document collection is stored which has a separate Folder for each Ref No as shown below. 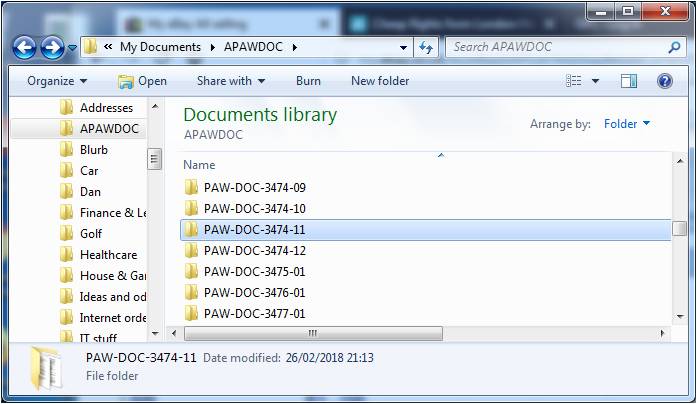 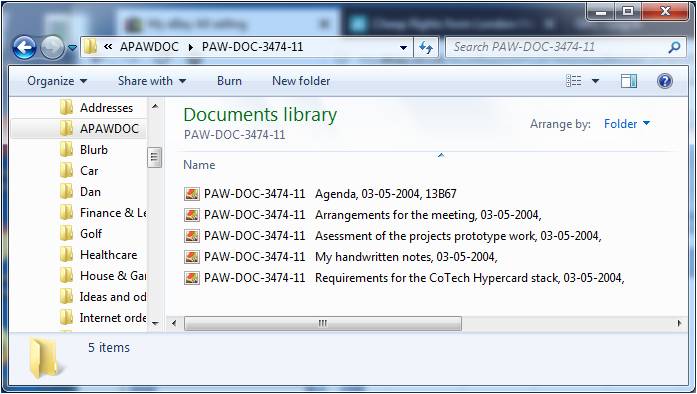 Experience so far with the Windows Folder system indicates that it is very easy and quick to find documents by scrolling through the Folders – quicker than it was using the DMS since there is no need to load an application and invoke a series of commands: Windows Explorer is immediately accessible. As for the process of adding new documents, that too seems much simpler and quicker than having to import files into a DMS, because it involves using the same Windows file system within which the digital files reside in the first place.

Its early days yet so it’ll be a while before I have an in-depth feel for how well other aspects of the system, such as backup requirements, are working; watch this space.