Earlier this week, I completed the laptop version of ESB2: a PDF with thumbnails of all 35 items on the first page, each linked to its own story board fully populated with links to material elsewhere on the laptop. 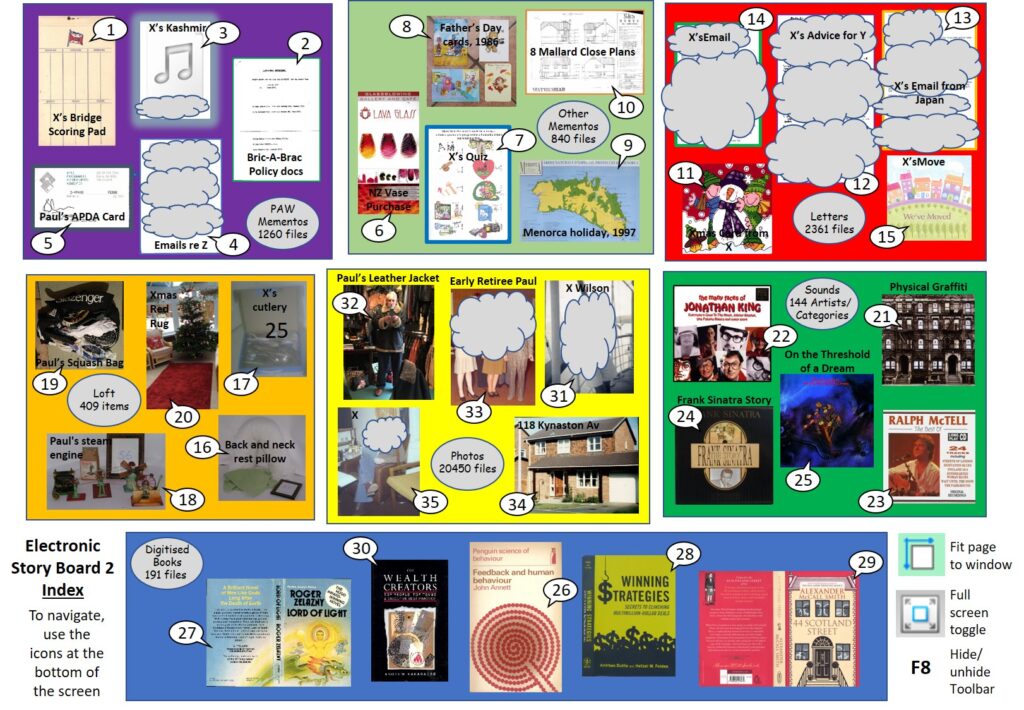 Bear in mind that my following observations on this construction represent just a single point of view, and that of a builder rather than a viewer:

I’m now proceeding with the final stage of this exercise – to construct the self-contained PDFs, and the associated physical story boards to hang on the side of my bookside.