The Trophy Gallery that I’ve created consists of some 150 Thumbnails representing 67 Publications, 97 Reports and 42 Awards & Certificates. They were assembled in a single Powerpoint Slide of custom size 30 x 88 cm – the size of the frame that they were to be mounted in. To print it, I split the slide into two and printed each one out at different ends of a sheet of paper of width 30.2 cm (the maximum physical width my A3 printer would take) and length 86.2 cm (twice the paper length permitted by the printer software). It took a little trial and error but I eventually was able to adjust the position of the contents of each slide so they joined up satisfactorily. The print was then placed in the frame, and the frame fixed to a place on my study wall where it is easy to see the thumbnails and to read the relevant numbers. 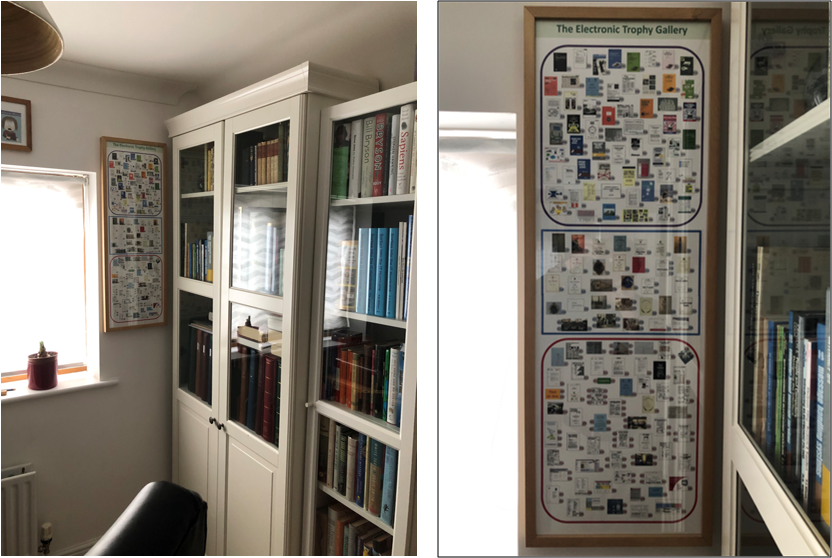 The end result does look reasonably presentable and is certainly accessible. The accompanying numbered electronic files are all in the SideBooks app in my iPad as shown below. 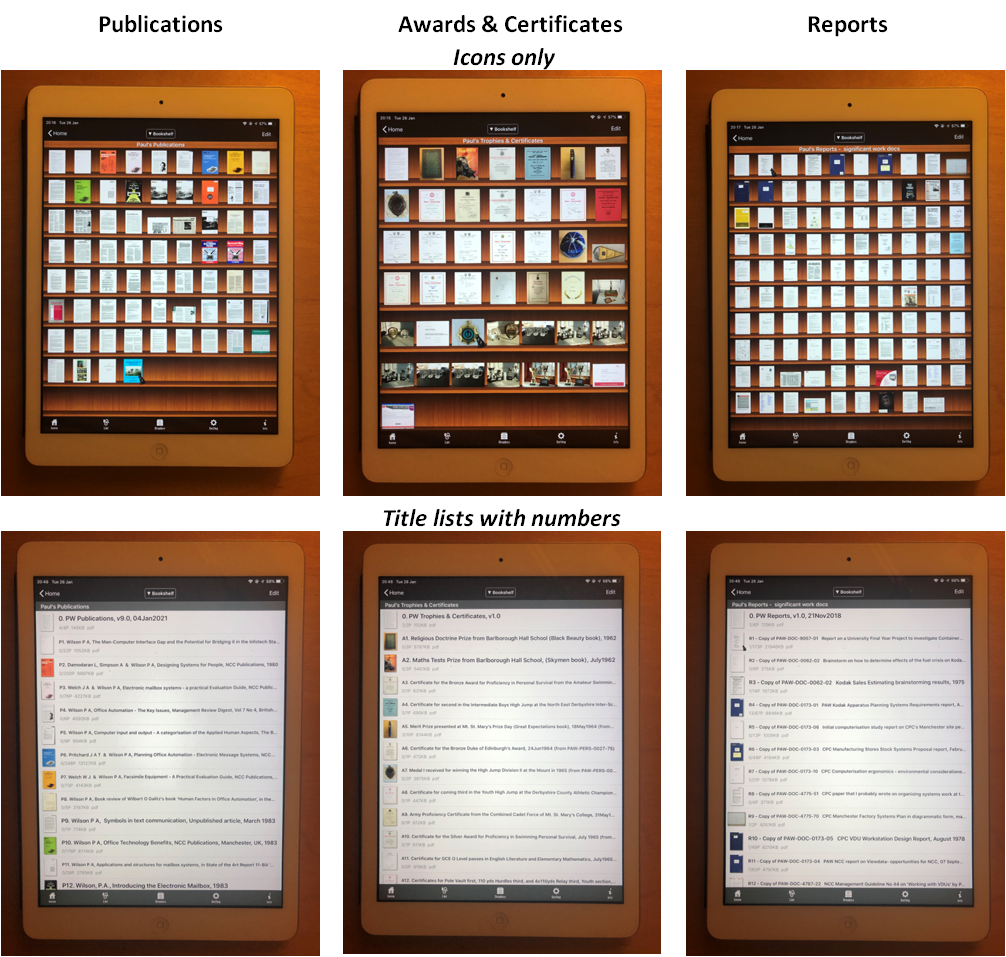 I have now packed up the Publications and Reports taking space on my bookshelf. They are all in a case and stored away in the loft.

I have to say, I did feel a tinge of sadness as I took the volumes off the shelf and put them into the suitcase – after all they not only represent some of my achievements, they are also old friends that have been with me for many years, and that remind me of times past. I think I’m unlikely to see them again. The next time they see the light of day may well be when my nearest and dearest have to decide what to do with them. Of course, this isn’t anything particularly new – no doubt there have been millions of relatives in the past who have been presented with such a dilemma (it IS a dilemma because such material is massively uninteresting to the vast majority of the population). However, something has changed: the rock solid undisturbability of those volumes on the bookshelf has been breached by the IT hurricane, and their essence can be reproduced in other ways. Authors, Owners, and Recipients, all have other options, which may, in turn, give rise to other interests, motivations, and desires.

I must confess that I was too timid to take the ultimate step of banishing the books I’ve had published, to the loft. I retained those select nine volumes to still sit on my physical bookshelves and proclaim to myself and the world that I made a tiny contribution to the development of our race’s awareness and understanding of the universe and our place within it.

With the physical items stored away, I’m going to give myself about a year to see how I get on with my Electronic Trophy Gallery. I’ll be reporting my verdict here towards the end of the year.