My plan B to overcome the problem of too little space for the trophy photos worked out well; I printed them nine to a page (approximately 3×2 inches) and they fitted just fine into the space between the ground and the upper atmosphere. To represent the carbon dioxide rising through that area, I cut out lots of different shaped blobs from the black T-shirts and stuck each one on to the backing paper with a Glu-Dot around the trophy photos. I’m not quite sure how successful they are at representing rising carbon dioxide but hope they at least look sinister!

For the area at the top of the picture, I concluded that there was too little space to put even a subset of the logo text printed onto the T-Shirts, so decided instead to place some climate change headlines and text from The Guardian and The Observer (the latter conveniently had a climate change feature in the previous Sunday’s edition). I’ll create a completely separate collage with the T-Shirt logo material at a later date.

The final unframed result is below. I’m not particularly pleased with it – it’s far too busy for one thing and its a bit slapdash – but it’s been an interesting exercise and I think I can do a lot more things with the individual sets of photos such as laying them out Warhol-style as a series of images. And, perhaps most importantly, I’m now a little more knowledgeable about climate change. 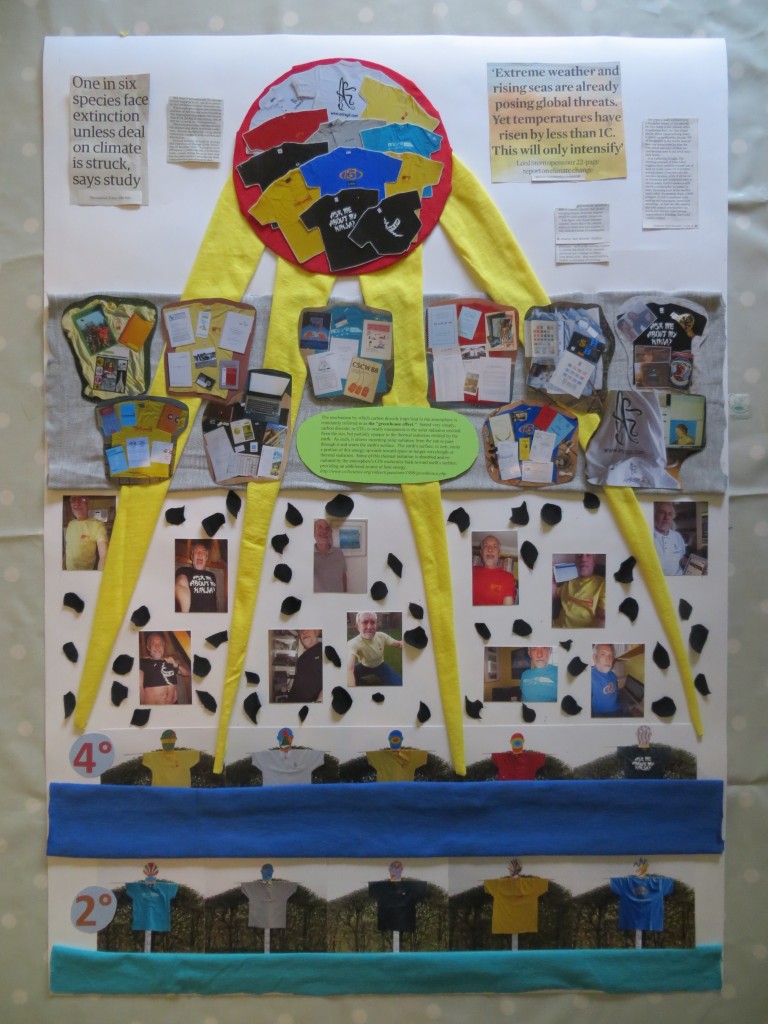