The 4-Ring binders and plastic wallets that I bought on the net, have turned out to be just fine for my purposes. Although relatively cheap they are sturdy and capacious, and I have eventually ended up with most of my entire collection of letters in three such binders, one of which has a good deal of spare capacity for future additions from my wife and children (such future additions likely to consist mainly of birthday, christmas, father’s day, anniversary, and valentine’s day cards). I anticipate making very few additions to my collection of missives from other people given the general demise of letter writing in the face of widespread use of email, text messaging and, more recently, video calls.

I ended up retaining all of the 79 airmails dated between 1967 and 1974 from my mother and father, rather than a subset as I originally envisaged, for two reasons: first, it would have been a very exacting job to pick out particular ones to keep; and, second, I was putting them into a smaller ring binder of their own (which I had retrieved from the loft) and found that they all neatly fitted into it, so there didn’t seem to be any point in trying to weed out some of them: pragmatic container and space considerations can often tip the balance in such decisions.

Overall, I retained 392 of the 453 physical items; the 61 items I destroyed only being some 16% of the total – rather less of the draconian clear-out that I envisaged. This despite having a digital copy of each and every missive. However, at least my objective of replacing seven or eight floppy containers which didn’t stand up on their own, with just 4 sturdy ring binders (as shown in the picture below) has been achieved. 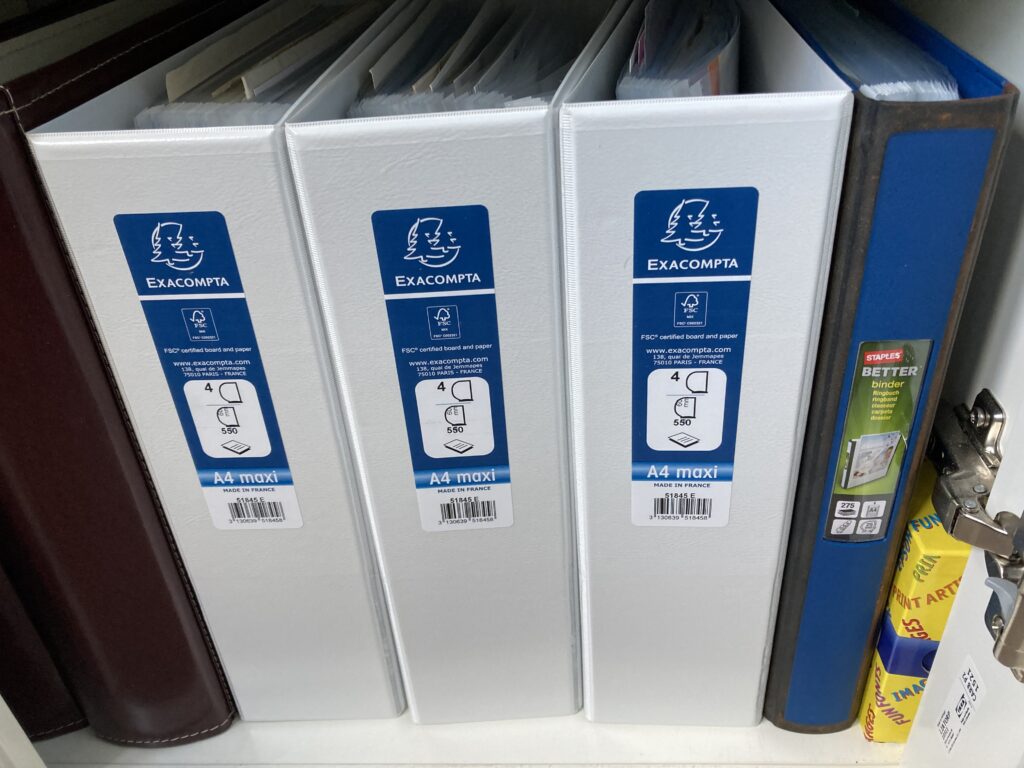